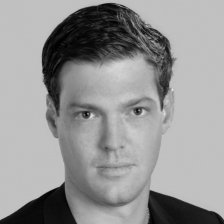 William Duplessie is a co-founder, head of sourcing at Pangea Blockchain Fund and Blockchain Investment Advisory Sagl. William is a technology entrepreneur who originally became involved in blockchain in 2012. He co-founded Coinconnect.com (launched in 2014) as an educational platform, and as a trading exchange for Bitcoin (which targeted Millennials and college students). William was also instrumental in the design and deployment of the 2nd security token ever created — Science Blockchain (SCI). William was a Venture Partner, and Advisory Lead for DNA (Distributed Network Advisors), the boutique blockchain investment firm (Santa Monica, CA). William is also Co-Founder of Theorem Labs, the ICO community builder.

You can find William Duplessie speaking on...