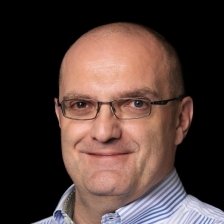 Tibor is an experienced business leader. He was the founder of Microsoft’s subsidiary in Slovakia and served as its General Manager for 5 years. Tibor later served as the vice president of sales and marketing for Eset, the globally-renowned IT security company.

In 2009, he founded Zaraguza Digital, an award winning digital marketing agency. Since 2012, he has worked as a project and marketing manager in the IT sector, later focusing on blockchain’s utilization in business. He was the chief information technology officer for the successful blockchain project DECENT and he was co-founder and an advisor for SophiaTX, a recently crowdfunded B2B blockchain platform. Tibor is now using his experience and knowledge to bring FUERGY’s vision into a reality.