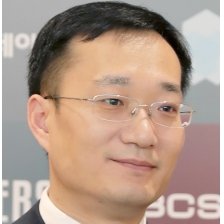 Shi Xingguo is the inventor of the parallel blockchain technology and the founder of Paralism, the CEO of Hyperchain. He is China’s first generation of Internet and operation system technology expert, the recipient of the National Science and Technology Progress Award. With more than 20 years’ experience in Internet technology and operating system research, he was in charge of the Internet Laboratory of the Software Institute of the Chinese Academy of Sciences. Later, as the vice president of Red Flag Linux, he led the development of what was dubbed as the Chinese Linux “Red Flag” operating system . He has a number of invention patents and has published abundant related works.

Stand No: 50
Powered by parallel blockchain, Paralism aims to reshape the internet and digital economy by establishing a new network of ...read more

You can find Shi Xingguo speaking on...