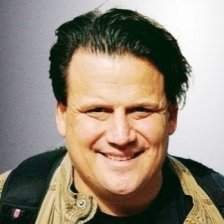 Founder of industry publication Blockchain News (EST 2015), a partner at blockchain consulting company Token.Agency, director of Edtech Blockchain Partners (Oracle Partner) – Richard Kastelein is a Canadian award-winning publisher & entrepreneur. He sits on the advisory boards of a dozen Blockchain startups and has written 2500+ articles on Blockchain technology at Blockchain News.

He was awarded an honorary Ph.D. at Jiangxi Ahead Institute of Software & Technology (Blockchain Faculty) in China in 2017.

He’s a Canadian (Dutch/Irish/English/Métis) whose writing career has ranged from the Canadian Native Press (Arctic) to the Caribbean & Europe. He’s written for Harvard Business Review, Wired, Venturebeat, The Guardian – and has been translated into Dutch, Greek, Polish, German & French.

He sailed around the world on small yachts & wrote a series of travel articles called, “”The Hitchhiker’s Guide to the Seas’ traveling by hitching rides on yachts (1989) in travel & yachting publications.

The Token Revolution – Blockchain and Tokenomics – And Into the Future, What’s Next?

Panel: Banking on the future of crypto assets