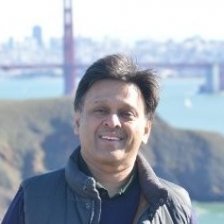 Raj Rao has been recently appointed General Manager, IBM Food TrustTM, the world’s only enterprise-class blockchain platform that is solely focused on enhancing the efficiency, safety and transparency of the global food supply chain. In this role, Raj leads the platform and business expansion of IBM Food TrustTM with ecosystem plays involving the world leading retailers, consumer goods companies, food suppliers and growers through shared, permissioned and secure blockchain data networks that are fueled by AI and cognitive applications. Some of the key partners of IBM Food TrustTM include Walmart, Carrefour, Krogers, Golden State Foods, Dole, Driscoll and Tyson.

A native of India, Raj earned an honors degree in economics from the University of Delhi, and then completed graduate studies from Boston University’s Business School earning a Master’s Degree in Management. He started his career in Procter & Gamble’s marketing organization in Geneva, Switzerland, and has since lived and worked in Europe, Asia and North America. He has a passion for the power of personal transformation, mentorship and employee empowerment, and speaks widely about the challenges and lessons learned from broad and deep digital transformation efforts. Raj currently sits on the board of NY-based Turtle & Hughes, and also served on the board of 3M Foundation until 2016. He and his wife live in Los Gatos with their two high school sons who are both competitive tennis and basketball players aspiring to play collegiate sports in California.

Stand No: 114
IBM Blockchain is more than technology; we’re helping lead a fundamental transformation of how the world works. Innovating through ...read more

You can find Raj Rao speaking on...

Panel: In Food We Now Trust, Thanks to Blockchain