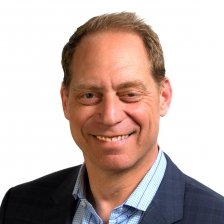 Mark is CEO of blockchain consultancy, Gigex, Inc. He is a serial entrepreneur, blockchain leader and ICO advisor in successful ICOs including Swarm.fund, XTrade, Cappasity, Cashbet, Pryze and Bobs Repair and several growing projects including Vertex Market. He advises business development, strategic partnerships, marketing and fundraising. He is the founding organizer of leading meetup SF CryptoMondays in partnership with CryptoOracle.

He has founded 4 companies and is a sales, marketing leader with a background in online games, digital currencies, B2B enterprise cloud services and media. He was the founder/CEO of GameDaily, acquired by AOL/Time Warner, and V-Cast, acquired by Verizon. and was recently Senior Director at Oracle Data Cloud and Marketing Cloud and interim president of rideshare company ICars. He has also served as an executive coach to several high growth businesses..
At 16, he rode his bicycle from New York City to Seattle. Mark’s first business introduced chocolate chip cookie stores to Sweden. He and his family are based in the San Francisco Bay Area.

You can find Mark Friedler speaking on...