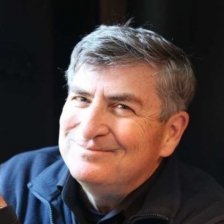 Duncan is a serial entrepreneur who most notably founded Covad Communications (the leading independent DSL provider, went public and reached a market value of $9B) and Sky Pilot Networks (developer of outdoor wireless mesh systems, acquired by Trillium in 2009 for connectivity to smart meters). He served as the SVP of Business Development at InterTrust and led the IPO in 1999 and the secondary in 2000 (InterTrust reached a $9B market value in 2000). He spent four years as a managing director at VantagePoint Venture Partners where he focused on digital media and telecom investments including Widevine (acquired by Google) and Livescribe.

You can find Duncan Davidson speaking on...

Panel: The rise of Crypto Capitalism – Equity or Coins?