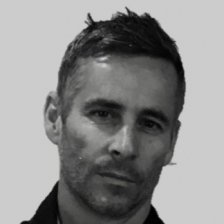 CHRISTIAN HASLWANTER is the Chief Operating Officer of RIDDLE&CODE – Europe’s leading company for blockchain interface solutions. Launching Europe’s first Broadband Internet product via interactive TV cables as Marketing Director of Teleweb (Later UPC) in 1997/8, he pursued in developing the first broadband and video streaming content portals in various European countries as Director Portal for chello. As a founder of the media and tech consulting company Diamond Age he was the project lead for the introduction for the first 3G mobile video content portals in Europe in 2003/5, the establishment and introduction of a 3G network in Germany for o2 GmbH in 2006.

Later project assignments involved the introduction of a global media streaming infrastructure for Telefonica and the development of a new IN stack for pre-paid provider FONIC in 2010. Chris used a 2-year sabbatical to pursue his passion for moving images and studied filmmaking at the New York Film Academy, graduating in 2013. Before joining RIDDLE&CODE early 2018 Chris was the lead Project Manager responsible for the multi-year media strategy definition and product development of REDBULL.TV – Red Bull’s global multi-platform channel, distributed digitally on connected TVs, smartphones, tablets, and on its website, incl. the production of hundreds of hours of high-quality short and long-format on-demand and live video content.

You can find Chris Haslwanter speaking on...

Keynote Panel: What Does the Future Hold for Blockchain Technology in the Luxury Goods Industry?