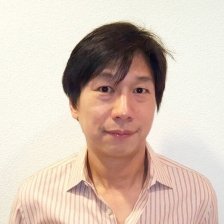 Albert is the Evangelist for VMware Blockchain, an enterprise-grade, de-centralised trust platform. His interest in blockchain began when a local restaurant accepted Bitcoin as a form of payment. And that led him to realize how the technology driving blockchain can transform business, economy, and society.

Previously, he was the director product marketing at Oracle, where was a “supply chain technologists”. Albert’s roots in technology began when he started his career as an IC chip designer at Intel, where he designed ASICS and processors used in automobile, consumer devices, and encryption.

Albert has a B.S.E.E. from the California State University and an M.B.A. from Santa Clara University.

Stand No: 52
VMware Blockchain is a secure, scalable and energy efficient blockchain service with support for leading execution environments such as ...read more

You can find Albert Chiang speaking on...

It’s All About Decentralized Trust