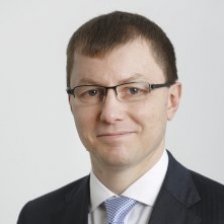 Steve has been with PwC for 22 years working across financial services and cross different countries. During the 1990s Steve worked in our UK and German Banking and Insurance practices with a focus on consumer credit. In 1999 Steve moved to our US firm where he became a Partner in 2003 and led the US firm’s national Consumer Finance practice focusing on consumer credit, mortgage lending and retail banking. In 2009 Steve returned to the UK firm where he became Retail & Commercial Banking leader, building a practice within the UK’s Consulting business. In 2015 Steve became our UK & EMEA Fintech Leader as well as our UK and EMEA FS Customer and Digital leader.

In 2017 Steve was appointed as the firm’s first Global Blockchain Leader. Steve has worked with some of our leading clients in the US, Canada, Mexico, Japan, Brazil, UK, Germany, Spain, CEE, South Africa, France, Ireland, as well as elsewhere. Steve has authored many publications and spoke at numerous conferences and events around the world. Regularly interviewed in the press, radio and TV news. Steve has also worked with a variety of start-up institutions including working with challenger banks, Fintechs and incubators. Steve has worked with clients around the world on Blockchain related initiatives including developing POCs and devising business strategies in Financial Services (cryptocurrencies, international payments and settlements systems), supply chain provenance, smart contract applications across various industries and Blockchain security. Steve also oversees our relationships within the Blockchain ecosystem working with Technology providers and various Blockchain platforms.

At PwC, our purpose is to build trust in society and solve important problems. We’re a network of firms ...read more

You can find Steve Davies speaking on...