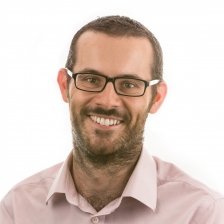 Rhodri Davies is Head of Policy at Charities Aid Foundation (CAF), and also leads Giving Thought – CAF’s in-house think tank focussing on current and future issues affecting philanthropy and civil society. He is the author of Public Good by Private Means: How philanthropy shapes Britain, which traces the history of philanthropy in Britain and what it tells us about the role of modern philanthropy. Beyond that, he has researched, written and presented on a wide range of topics – from social investment to the charitable applications of cutting-edge technologies such as artificial intelligence and blockchain – and is much in demand as an adviser to governments, businesses, charities and philanthropists.

Rhodri graduated from the University of Oxford with a first-class degree in Mathematics and Philosophy and embarked upon an academic career before migrating into public policy work, where he has spent over a decade specialising in the policy aspects of philanthropy and charitable giving.