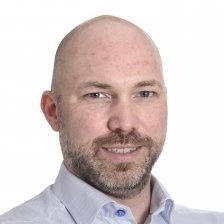 Jeremy Millar has been one of the driving forces behind the Enterprise Ethereum Alliance, and is Founding Board Member of the EEA as well as Chief of Staff of ConsenSys.

Jeremy began his career as an early Java Architect at Oracle, where he oversaw early adopter and beta programs for Oracle’s Java products. This included helping shape Oracle’ enterprise Java strategy, during the emergence of enterprise Java standards. More recently, he was early advisor to Acunu, one of the core developers of Cassandra, acquired by Apple. He holds a Master’s in Finance from Oxford University and was an investment banker at Goldman Sachs from 2006-2011. Jeremy was a founding partner at Magister Advisors, where he led the emerging technology practice. He is also an active angel investor and mentor with the Barclays Accelerator powered by Techstars.

ConsenSys is one of the largest blockchain companies globally, with over 150 employees in 15 countries. At ConsenSys, Jeremy oversees commercial operations and global expansion.