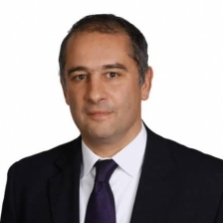 Harry Behrens, Head of the DFS Blockchain Factory, is a veteran Blockchain evangelist. He has been actively involving himself in Blockchain since 2012. In 2016 he co-founded the DFS Blockchain swarm and initiated the development of the smartVIN ® Blockchain platform. Before starting his new position as “Mr. Blockchain” for DFS AG, he was Head of IT for Mobility and Digital Finance for DFS China.Harry has a Master (Diplom) in Computer Science from the TU Muenchen, writing his thesis on Neural Networks, and a PhD in Information Engineering from the University of Tokyo with a thesis on Distributed Artificial Intelligence.He speaks six languages fluently and additionally is conversant in Mandarin Chinese.In his spare time he studies languages and history.

You can find Harry Behrens speaking on...

Panel: How the Blockchain Eco-system Interconnects