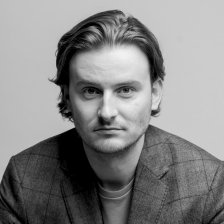 Eric Demuth is an entrepreneur with an eSports background. He travelled the world on Hapag-Lloyd container ships while working as a ship’s mechanic, followed by economics studies at the WU Wien and London School of Economics & Political Science. Whilst being active in the financial industry in London and Vienna since 2009, he also founded his first company. Frustrated by how hard it was to buy and sell cryptocurrencies like Bitcoin, he co-founded Bitpanda.
They built Bitpanda to grow into an organic user base of over 1 million users.

In their quest to break down the barriers to personal investments, they pushed the boundaries and moved from the crypto world into digitising more conventional financial asset classes. First on the agenda was the digitisation of physical gold and silver, not a financial product based on gold.
This allows the customer to buy precious metals according to an amount they can afford, without the need to buy a specific weight denomination and still pay much lower fees than the regular market.
Bitpanda Metals was just the first step in revolutionizing the investment world.
Furthermore, they are responsible for the most successful IEO in Europe raising over 43 million Euros in one and a half months, right before launching the Bitpanda Global Exchange.

Last but certainly not least, Bitpanda acquired a PSD2 Payment licence which was issued by the Austrian Financial Market Authority enabling the company to further integrate all digital assets on its platform seamlessly blending in with the other digital assets, improving the day-to-day life of Bitpanda users.

Achieving these steps was only possible with a dedicated team which has grown in the last 5 years from 3 to over 150 people, all based in Vienna and combining many different nationalities, backgrounds, experiences and brilliant minds together.
All the above has happened with little external investment, meaning that the platform and its products are operating profitably and have been for years now.
Eric is a visionary who actively shapes the world-wide crypto community as an opinion leader in several fields.

Stand No: 473
At Bitpanda we are firm believers in the innovative power of cryptocurrencies, digitised assets and blockchain technology. Our mission ...read more

You can find Eric Demuth speaking on...

When Will the Crypto Industry Finally Grow Up?