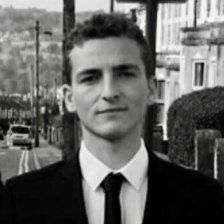 Alex El-Nemer graduated from the University of Bath, England, studying Economics and quickly realized the need to reform monetary frameworks. He saw first hand the shortcomings of the current payment systems while working as an FX sales trader in London. Initially he was drawn to Nexus as it addresses what are in his opinion the two most important elements of a digital currency: security and scalability. After securing the RightBTC exchange listing, Alex now works on Global Business Development and building partnerships around the world.

You can find Alex El-Nemer speaking on...