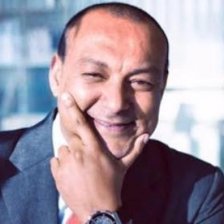 As the son of a United Nations staff member Talal Thabet spent his early years living from one station to another. Kenya, Somalia, Lebanon, France, Iraq, Italy, New York were a few of the countries that shaped Talal, before the age of 17, to become the philanthropic globalist he is today. With a degree in Information Technology from the UK and another in Fine Arts from the US, Talal Thabet sharpened his teeth in the London, New York, Singapore, and Dubai marketing sectors before moving into consulting for governments on encouraging foreign direct investment. As a seasoned global speaker, today he resides between Zurich and Dubai and has held the role of Group CEO at Profound Investments Company for the past 9 years, since the company’s inception. In addition, he is a Founder, Executive Producer and Vice Chairman of the Board at MUSIC WORLD CUP. He also holds the role of CEO across three other successful companies incubated by Profound Investments. MUSIC WORLD CUP is a blockchain driven next generation social platform that allows artists to share, engage and secure their content while getting paid with MWC Tokens. It is also the only true global music competition where 200 plus countries can compete with out the prejudice of genre, culture, language or gender while being broadcast to over 1.7 billion households as it stands today, with partnerships with several global blue chip companies. The first finals are scheduled to occur at the end of 2019.

You can find Talal Thabet speaking on...

What are the pillars to spot a successful TOKEN to invest in?

Keynote panel: The Role of Blockchain within your business model