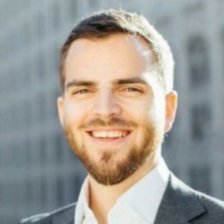 Stefan Thomas joined Ripple (then OpenCoin Inc.) in 2012 as a senior engineer at its founding and was initially charged with the architecture and implementation of Ripple’s first client application, aptly named Ripple Client, and our smart contracts platform Codius. Since taking over as CTO in June 2013, Stefan has helped shape the vision of the ‘Internet of Value’ – a world where money and other assets move as freely and efficiently as information moves today.

You can find Stefan Thomas speaking on...