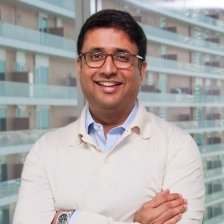 Shezan is a serial entrepreneur that has started, ran and sold three businesses over the last 10 years. During the course of his entrepreneurial career Shezan has raised and invested close to $35 million and created nearly $100 million of value for his investors. Shezan has developed deep domain expertise in the following sectors:

Shezan co-founded Beam Wallet in 2012. Beam Wallet (www.beamwallet.com) is a mobile payment and rewards business that is the leading mobile wallet and demand-generation platform in the UAE and has recently launched in Sweden and Australia. In 2017 The largest retail conglomerate in the Middle East and Africa, Majid Al Futtaim Holdings, purchased the UAE business of Beam Wallet.

Shezan worked as an investment banker at Goldman Sachs and Standard Chartered between 1994 and 1998 in various roles in London and Singapore.

Shezan has a MA (Oxon) from the University of Oxford in Politics, Philosophy and Economics and an MBA from the Wharton School of Business, University of Pennsylvania.