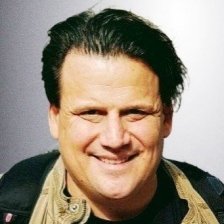 Founder of industry publication Blockchain News, partner at ICO services collective CryptoAsset Design Group, director of education company Blockchain Partners (Oracle Partner) and ICO event organiser at leading industry event  CryptoFinancing – Richard Kastelein is an award-winning publisher, innovation executive and entrepreneur. He sits on the advisory boards of half a dozen Blockchain startups and has written over 1200 articles on Blockchain technology and startups at Blockchain News and has also published pioneering articles on ICOs in Harvard Business Review and Venturebeat.

He is a Canadian (Dutch/Irish/English/Métis) whose writing career has ranged from the Canadian Native Press (Arctic) to the Caribbean & Europe. He’s written occasionally for Harvard Business Review, Wired, Venturebeat, The Guardian and Virgin.com and his work and ideas have been translated into Dutch, Greek, Polish, German and French.

A journalist by trade, an entrepreneur and adventurer at heart, Kastelein’s professional career has ranged from political publishing to TV technology, boatbuilding to judging startups, skippering yachts to marketing and more as he’s travelled for nearly 30 years as a Canadian expatriate living around the world.

Panel: Rounding up 2020 – The new composition and landscape of the crypto market