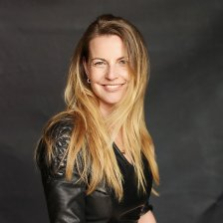 Marloes’ professional interests focus on new technologies in the public domain. Marloes has set up many Blockchain, AI and Immersive tech projects within the Dutch government. In addition, she has been training management teams within the Dutch Government on new technologies for 10 years. Marloes also works as an advisor at the Netherlands AI Coalition and the Dutch Blockchain Coalition. Both coalitions are a jointly developed partnership by government, industry and knowledge institutions.
Within the Netherlands AI Coalition she’s building a European Network of ELSA (‘Ethical, Legal and Societal Aspects’) labs. In ELSA labs, researchers from knowledge institutions and public and private organisations will contribute to knowledge about the development and application of reliable and ethical AI. The first projects have recently been awarded more than 10.9 million euros in funding.

Marloes is is also a member of the Steering Committee of the European AI Forum, a

platform where entrepreneurs and policymakers get together to jointly determine the path forward for European AI innovation.

Within the Dutch Blockchain Coalition her focus is currently on Web3, Metaverse and Decentralized Autonomous Organizations (DAO’s).

Prior to the blockchain and AI activities, Marloes Pomp worked in several roles like project leader and researcher at governmental organizations, including the ministry of Interior and Kingdom Relations and the city of Amsterdam. In addition, she serves as an advisory member of the Dutch Court and several startups/scale-ups.