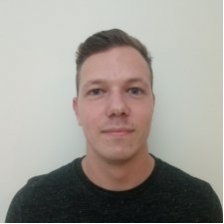 Jordan is leading the architecture and development of the Smart Contracts platform at Stratis. Jordan had several years working as an enterprise .NET developer for governments in Australia, before becoming involved with Ethereum and solidity development in early 2017, and graduating near the top of the first Consensys Developer Academy in Dubai. Inspired by the usability and cohesiveness of the .NET development environment, Jordan initially sought to improve Ethereum smart contract development by creating EthSharp, a C# to EVM compiler.

Since then he has been working with Stratis to build a Smart Contract platform that works for .NET developers. Whilst smart contract development on Ethereum and other platforms has so far required the adoption of a nearly completely new development environment, Stratis’s platform will allow developers to write, debug and test contracts in C# inside Visual Studio.

You can find Jordan Andrews speaking on...