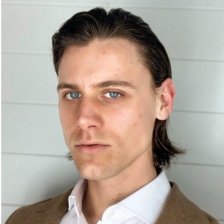 Erwin Voloder, MES has been actively engaged in the blockchain sector since 2017 first as a start-up founder and independent consultant in Canada and later as a researcher in Europe. He is a former economist with the European Commission and currently works as an economic data analyst at the European Central Bank. As a member of the European Blockchain Association he is part of the Proof-of-Stake and NFT/Tokenization working groups.

His expertise includes central bank digital currencies, being further engaged in programmable money working groups at EU level. He is also a speaker and moderator for blockchain and foreign relations conferences. His other areas of expertise include monetary policy, market infrastructure and payments alongside the geopolitical dimensions of tokenization. Currently Erwin is investigating the concept of ‘safe DeFi’ and how proactive regulatory regimes can better inform the underlying modalities of decentralized financial systems.

You can find Erwin Voloder speaking on...

Panel: The Absence of Regulation in the Digital Assets Landscape