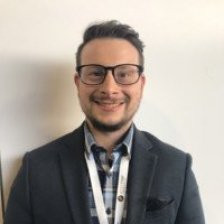 Dennis is an award winning and internationally recognized technologist, publisher, and visionary. Dennis started his career as an Aerospace Engineer at NASA Langley where he was nationally selected among thousands of top candidates for only six positions. While there he worked on advanced technologies and began his love of technology and innovation. Dennis’ then moved on to financial markets where he worked for a hedge fund, as an algorithmic trader and quantitative analyst. He then moved to Chicago where he worked on several trading desks in the futures and derivatives markets. While in Chicago, Dennis’ co-founded his first company winning national media attention and participation at the top real estate technology incubator Elmspring at 1871. Building on his success Dennis then co-founded his second company winning national awards from Microsoft and an international award from ESRI for efforts in advancing cloud and big data real estate technology solutions. Dennis has emerged as an seasoned Chief Technology Officer, thought leader, writer, and visionary.  With the onset of the Blockchain revolution Dennis pivoted his career to capture the emerging opportunities. Dennis has since placed as finalist in a major banks Global Innovation Initiative for his teams real world Blockchain solution using R3 Corda, and won for best real world blockchain solution. Dennis has given keynote speeches in Silicon Valley on Blockchain in the enterprise and is looking forward to an exciting year of speaking across the world. Dennis was recently inducted into the Forbes Technology Council for his demonstrated excellence in Technology leadership. Dennis currently consults for several Crypto Asset Funds and ICO Ventures.  Dennis received his Masters in Aerospace Engineering from Old Dominion University and a Bachelors in Mechanical Engineering from the College of New Jersey, both graduating with high honors. Dennis is a distinguished Eagle Scout and has been nationally recognized for his contributions to scouting.