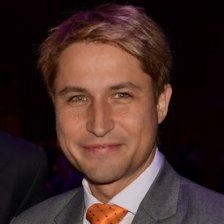 David Drake is Founder and Chairman at LDJ Capital, a multi-family office which deals in worldwide funds accessing over trillions in assets and maintains over 50+ global directors and family office partners.

More recently, David Drake is also seen as a leader in blockchain and cryptocurrency.  He saw the value of digital assets when everyone was avoiding it. It all started in 2011 when Drake collaborated on the JOBS Act to create new laws underlying all fundraising in the U.S. for all ICOs.  He runs a $200M LDJ Cayman Fund focused on cryptocurrency, mining, and ICO acquisitions. LDJ Capital Credit also offers middle market bridge financing to seed upcoming ICO’s. Previously, he held a majority stake as a Managing Partner with Robert Hambrecht in an Alternative Energy Fund NewCommons Capital 2009-2010.

Drake was born in Sweden and is fluent in six languages.  He holds an MBA in Finance and an MA in International Law and Economics from George Washington University in DC where he was awarded the Wallenberg Scholarship for academic merit.