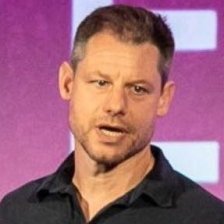 Daniel started his career in global derivatives technology in London and New York. Following that he founded / co-founded several companies delivering disruptive technology platforms in the entertainment and marketing spaces. /// Since 2016 Daniel has focussed on the Blockchain, specifically bringing real-world companies to the Blockchain.

He also founded, with a group of gaming veterans and an Ethereum founder, a computer gaming blockchain project that has the potential to deliver the future of work. /// For several years Daniel advised both the UK Government and the European Commission on innovation, growth, and education policy. This included being the two-term UK appointed member of the European Commission Enterprise Policy Group (Business Chamber) and a member of the UK Government’s EU Advisory Group for the Department of Business, Innovation, and Skills.

He currently attends the All-Party Parliamentary Group on Blockchain. /// Daniel has a BEng from the University of Manchester and has lectured a course on supply chain innovation at University College London, where he was an Honorary Senior Research Associate.